PLOT: In 1969, a family finds their happy lives in Belfast threatened by a lack of work and the start of the Troubles.

REVIEW: Kenneth Branagh‘s Belfast is by far his most personal film. If you’ve read anything about his upbringing, it’s not hard to figure out that this is a highly autobiographical film for the noted actor-director. I always thought of him as quintessentially English, but in reality, no, Branagh was born in Ireland and, in fact, only acquired “received pronunciation” in school to avoid childhood bullying.

The Branagh stand-in here is young Jude Hill’s Buddy. A young lad who delights in his working class-Belfast neighborhood, he lives a carefree life bouncing between his home with his loving mum (Caitriona Balfe) and his adoring grandparents (Judi Dench and Ciaran Hinds). The only downside about the whole arrangement is that his dad (Jamie Dornan) is often away from home, as the only good-paying work for his profession is in England, so he’s only back every second weekend and on holidays.

Branagh’s Belfast will undoubtedly inspire comparisons to Alfonso Cuaron’s Roma, but the focus here is different even though they’re both shot in black and white. For one thing, this is a fairly elegant ninety minutes, with Branagh moving the film along at a pretty spirited pace even though it’s mostly plotless.

The critical instigator here is The Troubles, with Buddy’s family protestants living in a mixed religion neighborhood. Violence from the Protestant side is forcing out their catholic friends, but there’s an added pressure to leave coming from Buddy’s dad, who refuses to take sides. This puts the family in the crosshairs of a local ruffian who becomes a leader in the Ulster Volunteer Force.

All of that is just background, though to what’s essentially a slice of life, nostalgic look back at Branagh’s beloved childhood, with all the good and bad that entailed. The cast is uniformly excellent, with the gorgeous Caitríona Balfe (seriously – wow – what a stunning woman) and Jamie Dornan as Buddy’s impossibly glamorous parents, despite their humble working-class lives. Balfe is a pillar of strength in their household. She’s mad about her children but also utterly devoted to their working-class neighbourhood and won’t be scared off. By contrast, Dornan, as Buddy’s dad, is more pragmatic. He knows things will only get worse, and as an able-bodied man, he’s being pressured into taking a side. Dorman’s been on a roll lately, with Barb & Star and now this. Until now, I’ve never been a huge fan, but don’t be surprised if he becomes the next Robert Pattinson, in that he’s charming and likeable as the often absent but loving dad.

Of course, the real star is the adorable Jude Hill as Buddy, whose precocious enough to not quite understand the strife that’s hit his neighborhood, but old enough to know how precarious it can be for his family. We follow him as he develops his first crush, and falls in love with the movies after his dad takes him to see Raquel Welch in One Million Years B.C.

However, the movie is pretty much stolen by Judi Dench and Ciarán Hinds as Buddy’s adoring grandparents, who remain devoted to each other after decades of marriage. Their little subplot is the most emotionally devastating of the film, with one of them ill as the movie starts. With his gift of the blarney, Hinds is excellent, and you can see why Buddy loses it when the prospect of moving and being separated from his grandparents comes up. Dench, in particular, hasn’t been this warm since Philomena.

Of all the movies I saw at press screenings at TIFF this year, Belfast was the only one to get a hearty round of applause from the journalists watching it. They tend to be a cynical bunch, but there wasn’t a dry eye in the house when the credits rolled. It’s probably Branagh’s best film in awhile because it was clearly a passion project. That said, we tend to be big Branagh fans here, with Dead Again and Mary Shelley’s Frankenstein both getting the Best Movie You Never Saw treatment. Also, watch out for a playful nod to Thor and his MCU work. He shoots this it in gorgeous black and white with a song-score by Belfast-born Van Morrison that hit all the right notes. There probably isn’t a world in which this film isn’t going to receive a boatload of Oscar nominations, and they would be well-deserved (especially for Dench and Hinds). It’s a lovely little film and a charming slice of life I’ll be keen to revisit. 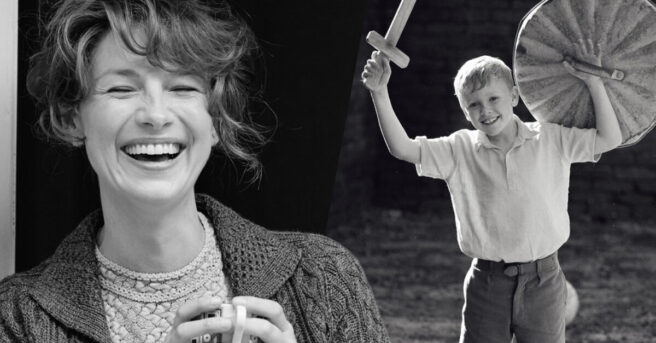 The Conjuring house is now on the market, selling for $1.2 million

The Big Red Dog gets Paramount+ release this December