PLOT: A well-intentioned high school student falls down a rabbit hole of lies when he allows the parents of a teen who committed suicide to believe they were best friends.

REVIEW: Dear Evan Hansen is a movie I struggled with pretty much from the first frame. An adaptation of the Tony Award-winning play, Ben Platt recreates his lead role as the titular teen, who’s riddled with social anxiety. Yet, it can’t be denied that Platt is beyond the point of being convincing as a seventeen-year-old at twenty-seven. The big screen is unforgiving, even if the fx and make-up department do all they can to make him look younger. But it doesn’t work – although even if you manage to get past that fact, there are plenty of other problems that keep Dear Evan Hansen from becoming the inspiring musical epic all intended.

Here’s the thing – all involved probably had good intentions, but it feels tone-deaf and hopelessly naive from the start. Teen suicide doesn’t strike me as good fodder for a musical, but if you were going to tackle it, perhaps you shouldn’t play it as soft and cuddly as they do here. Any notion of teen bullying is dismissed with the familiar refrain “he had problems,” and all of the kids here get off way too easy. A harsher movie could have been made examining the fact that when Connor, the boy in question, dies, everyone in the school immediately begins to cherish his memory, setting up memorial funds and more. The movie celebrates what I suppose all involved see as commendable selflessness, but those who have experienced teen bullying may have a different take.

The film (and possibly the play too) fails in the film’s depiction of Evan Hansen himself. Hansen writes letters to himself as part of a therapeutic exercise. Connor (Colton Ryan) steals one of the letters, and when he’s found dead, everyone assumes he’s written it himself. For his grief-stricken mother (Amy Adams), it’s a lifeline. It’s a way for her to believe her son had some notion of happiness in his life with this secret friendship. Ben Platt’s Evan is riddled with social anxiety and initially goes along with the ruse to ease the mom’s suffering. This is perhaps understandable.

But, the character comes off as a near sociopath when he starts writing more and more emails to become a part of their family and pursue Connor’s sister, Zoe (Kaitlyn Dever). The film expects us to believe he’s simply being “caught up” or that it’s a selfless act to ease the family’s suffering, but he immediately starts to benefit from it. He gets himself a wealthy surrogate family, a lovely new girlfriend and immediate popularity. He even becomes a viral celebrity when his eulogy to Connor goes viral. The film’s idea of what the actual consequences would be for Evan once the ruse is discovered is hopelessly naive to the point that you wonder if all involved have ever actually been on Twitter. His life would be over. In the movie, the big worry is the family won’t like him anymore, and Zoe might break up with him.

This is a surprise as director Stephen Chbosky made a brilliant high school movie called The Perks of Being a Wallflower a few years ago. That movie was anything but naive and exceptionally truthful about teen bullying. That authenticity is missing here. I will give Dean Evan Hansen this, though – the music is pretty good. I found myself tapping my foot along with the pretty great opening number, “Waving Through a Window,” and Platt sings the hell out of them. He has a legitimately great voice, and if someone else made a musical where he gets to play someone closer to his age, I’m all in. The rest of the songs don’t quite measure up to the show-stopping opening number but are mostly pleasant. However, they become unintentionally funny/cheesy the more serious the film gets, with some of the climatic reveals done through song (an odd choice).

I like musicals (when done well), so part of me was rooting for Dear Evan Hansen to succeed, but the story rubbed me the wrong way from the start, as did the casting. Amy Adams is one-note in a thinly-written part (she gets to play grief-stricken, and no emphasis is given to the relationship with her husband/other child beyond constant passive-aggressiveness). At the same time, Julianne Moore attempts to add a touch of earthiness to a role (as Evan’s mother) that could have been beefed up. Of the supporting cast, only Kaitlyn Dever comes close to any moments of truth, such as when she complains that Connor is defining her whole life and that while his death was a tragedy, he was an often terrifying sibling. The movie is at its best whenever she’s on-screen, and while she and Platt are roughly the same age, she’s easier to accept as a high-schooler for some reason I can’t quite pinpoint. Maybe she’s just that good of an actress that no role is beyond her at this point.

Dear Evan Hansen will likely inspire some passionate debate when it comes out later this month. While I didn’t care for it, I can also accept that many others may like it or find it inspiring. I hope they do. It would be nice if they could take something positive away from this well-intentioned movie, but for me, it only provoked a harshly negative reaction despite Dever’s best efforts and a few good songs. 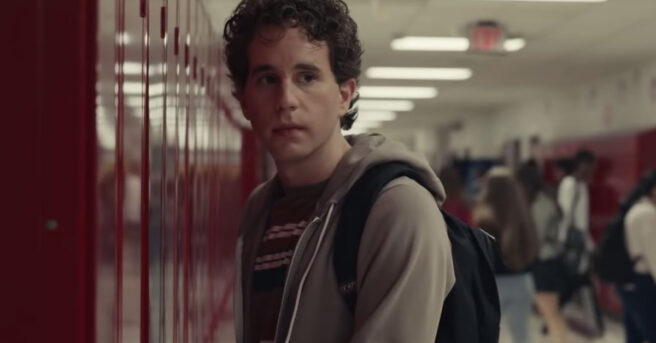 Marvel was concerned female Endgame scene was too pandering

Halloween Returns – The Horror Movie That Almost Was