Former Los Angeles Lakers forward Lamar Odom, 41, turned up the heat, when he gushed over his ex-wife Khloe Kardashian‘s, 37, spicy new bikini photo on Instagram on Friday July 9. Lamar called the Keeping Up With The Kardashians star a “hottie.” Khloe looked incredible in the photo, where she’s dressed in a tight black bikini, using an outdoor shower.

Lamar’s complimentary message to Khloe was captured by the Instagram account Comments By Celebs. In the post sharing the former Laker’s comment, it was captioned, “2009 again,” referring to when Khloe and Lamar first met and married shortly after. Khloe and Lamar separated in 2013, and the KUWTK star filed for divorce in 2015, which was finalized in 2016. Even though they’ve been broken up for so long, Lamar clearly still thinks that Khloe is gorgeous.

Lamar’s admiring comment comes shortly after Khloe’s most recent breakup from Boston Celtics player Tristan Thompson became known. The couple reportedly split up in April, but the news was first made public the day after the KUWTK reunion on June 20, via Page Six. Khloe and Tristan have a three-year-old daughter together, True. Lamar isn’t the only ex, leaving flirty comments on Khloe’s photos. Tristan also commented a series of three heart-eyes emojis on Khloe’s July 6 throwback post, where she’s dressed in a figure-hugging blue dress on the beach. 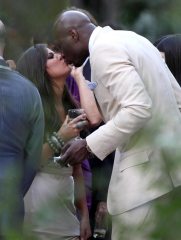 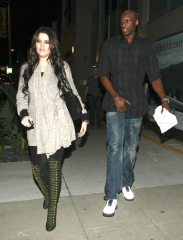 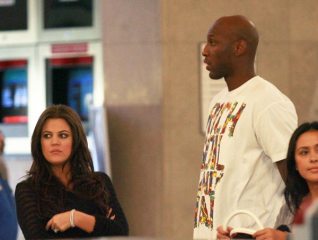 Despite her exes leaving flirty comments, Khloe seems like she’s been living her best life since her recent split from Tristan. On June 23, she posted Instagram Stories showing that she was working out to the song “Happier” from Olivia Rodrigo‘s excellent album Sour, which is perfect for breakups. She also looks like she’s been spending a ton of time with her daughter True. Once she hit 158 million Instagram followers on June 25, she posted a bunch of sweet photos of her and her daughter cuddling. The day after the split was first reported, Khloe was spotted taking True to a gymnastics class. It looks like Khloe is loving spending so much time with her daughter. “I take hundreds of photos of True every single day. Basically doing the same old stuff,” she wrote in a July 9 Instagram Story.