Saint and Chicago West shared a shady (but hilarious) sibling moment in a new clip.

Saint and Chicago West shared a hilarious brother-sister moment over the 4th of July weekend. Mom Kim Kardashian shared a series of Instagram Stories on July 5 that documented the family’s long holiday festivities, including some fun on a giant water slide and wakesurfing to beat the summer heat. In one clip, Saint, 5, pushed his younger sister Chicago, 3, down a water slide in a bait-and-switch moment, showcasing classic shady sibling behavior.

In the video, brave little Saint rocked an ombré pink, orange, and yellow swimsuit as she descended the high water slide. Saint then entered the frame in his little trunks and sat down with his little sister, making it seem like he would ride the slide down with her. Only, he nudged her down on her own, joining shortly after. Kim, 40, let out a giggle in response to the mischievous moment.

The SKIMS founder also enjoyed some time in the water during the long weekend. Kim shared some follow-up IG Stories of herself wakeboarding behind a boat — and eventually falling into the water. Still, she got back up and tried again, proving her prowess on a board.

Along with Saint and Chicago, Kim also shares children North, 8, and Psalm, 2, with her soon-to-be ex-husband Kanye West. The two filed for divorce in February after nearly seven years of marriage. 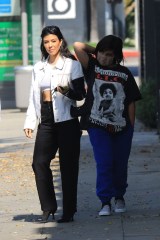 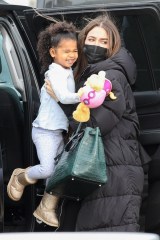 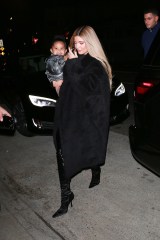 As for the 4th of July festivities, Kim might not have a natural knack for water sports, but the businesswoman will soon play a role in a major sporting event. Kim announced last month that her shapewear and loungewear brand SKIMS would supply Team USA with undergarments, pajamas, and loungewear at the 2021 Tokyo Olympics. In an Instagram post, Kim cited the significance of the collaboration, referencing her stepparent Caitlyn Jenner‘s Olympic gold medal-winning decathlete career.

“Ever since I was 10 years old, I’ve heard every single detail about the Olympics from my stepdad. As I would watch the athletes compete, I would grow to understand the dedication and honor being a part of the Olympics embodied,” Kim wrote, in part. “When I received the call inviting Skims to be a part of @TeamUSA 🇺🇸, every moment I’ve spent admiring the strength and energy of the Olympians from the sidelines came full circle.”

Who Is Lydia Jacoby? 5 Things About Swimmer Who Won Olympic Gold – Hollywood Life

Selena Gomez: What She Dislikes About The Weeknd Revealed