There’s a new rivalry in Hollywood. Scott Disick and Maluma have started a feud on Twitter — but there’s no rhyme or reason as to why they’re actually fighting.

Scott Disick, 38, and Maluma, 27, are apparently going at it. The Keeping Up with the Kardashians star and the Columbian singer started fighting — or so it seems  — on Twitter on Tuesday, July 6 seemingly out of nowhere. And given the fact that there’s no apparent history between the two men, fans are very confused as to why they’re at odds. It all started when Scott randomly tweeted, “wtf is up with this guy @maluma.” Maluma responded almost instantly to Scott, writing, “What’s up with you? You want to be me so bad that you try to take what is mine?” But Scott wanted to have the last word (no surprise there) and tweeted back, “maluma I didn’t have to try that hard, get over yourself your a joke.”

What’s up with you? You want to be me so bad that you try to take what is mine? https://t.co/eAMbaa8zRa

Maluma hasn’t responded to Scott yet. After the brief back and forth, fans had a lot to say about this bizarre feud and questioned how exactly it started. “Wait what’s going on with Maluma and scott disick??” one fan asked on Twitter. Another said, “scott disick beefing w maluma on twitter isn’t something I ever saw happening.” Other fans suspected that the entire fight was fabricated to possibly promote Maluma’s music. “It’s a stunt. Scott is in his next music video and there’s a love triangle,” one Twitter user surmised. Hopefully Scott and Maluma give fans some clarification about what the heck is going on!

There’s pretty much no direct relationship between Scott and Maluma. However, they are indirectly connected through Kim Kardashian, Scott’s former sister-in-law who was rumored to be dating Maluma months ago. But Kim clarified that she was not dating Maluma or Van Jones when asked about her rumored relationships with both men by Andy Cohen at the Keeping Up With the Kardashians reunion. “No, I’m not dating either one,” Kim told Andy. “Not Van Jones. Not Maluma. I’ve seen [Maluma] a few times, always in Miami. Such a nice guy. So nice.” So beyond the debunked Kim-Maluma rumors, there’s no telling what Scott and Maluma could even be fighting about — or if they’re actually fighting at all. 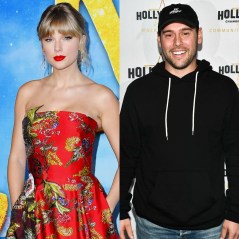 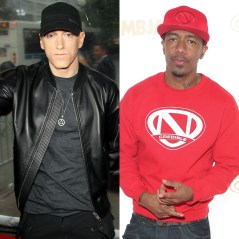 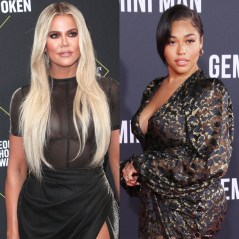 Who Is LeVar Burton? 5 Things About The ‘Jeopardy’ Guest Host – Hollywood Life