PLOT: A macho rancher (Benedict Cumberbatch) psychologically tortures his brother’s (Jesse Plemons) new bride (Kirsten Dunst). But, when her son (Kodi Smit-McPhee) comes to visit, he seems unexpectedly fond of the boy – but what are his intentions?

REVIEW: Jane Campion hasn’t made a feature film since 2009’s low-key (but excellent) period romance Bright Star. Since then, she’s mainly focused on (excellent) TV, helming two seasons of Top of the Lake starring Elizabeth Moss. The Power of the Dog marks her return to the big screen (well – kind of as it’s a Netflix movie), but it’s a massive departure for her. For the most part, her films have been studies of femininity (although with powerful male roles -especially Harvey Keitel in The Piano). The Power of the Dog turns her gaze to an analysis of machismo in the old west, with it as provocative as you’d think given Campion’s work. At any rate, it offers star Benedict Cumberbatch one of the finest roles of his career as a likeable heel.

Based on a western novel by Thomas Savage, Campion also wrote the screenplay. Cumberbatch’s Phil Burbank, a charismatic rancher with a mean streak, is highly reminiscent of Paul Newman’s iconic Hud. A silver-tongued devil who, despite graduating Phi Kappa Phi from Yale in the Classics, prefers to live a wild life as a rancher on cattle drives, running his range like his own personal fiefdom. Waxing poetic about his upbringing under the tutelage of “Bronco Henry,” his beloved mentor, he runs the ranch with his brother George (Jesse Plemons). George is everything Phil is not and vice versa. George doesn’t have Phil’s intellect, but he’s far more civilized and fastidious in his appearance. While his brother constantly berates him as “Fatso”, George gives the impression of not caring in the least about the insults, which drives Phil insane as, being a bully, he needs to know he’s getting to you to get his kicks.

When George brings home a new wife, Kirsten Dunst’s Rose, a fragile cook at a local roadhouse, he has a weak victim for his constant taunts, quickly driving her nearly insane with his schemes. However, things take a turn when her son, an effeminate but strong-willed medical student named Peter, shows up for his summer vacation.

A low-key character study, it’s a brilliant deconstruction of the old west. It takes place in 1925, where much of the west was becoming civilized, but small pockets of cowboy culture survived. It would be easy to paint Cumberbatch as a villain, but here’s the thing – as bad as he is, you can’t help but like him. He’s insanely charismatic. Cumberbatch has always been good, but I don’t know if he’s ever been this convincing. Ditching his posh accent and taking on a much more physically taxing part than usual, watching Cumberbatch here, you feel like you’re observing the birth of the next Daniel Day-Lewis, who certainly would have loved a role like this in his younger years. Of course, anyone else would have played Phil as a heel, but there’s more to him than meets the eye, something which only becomes apparent in the film’s strong second half.

Plemons is similar good in a rare, totally sympathetic part as Phil’s kind brother, while Dunst makes Rose’s growing desperation a tragedy, even if you wish just once she’d stand up to Phil. Other than Cumberbatch, though, the other MVP here is Kodi Smit-McPhee. Even as a child actor, he was brilliant (see The Road), but he gives a career-best performance here. As I mentioned earlier, The Power of the Dog is a deconstruction of the old west notions of masculinity. While Peter seems soft (he makes his own flowers out of paper), he’s a lot tougher than he looks – only it’s a different kind of toughness.

His interactions with Cumberbatch are brilliant. Phil initially despises the kid but then starts to adore him, taking him under his wing just as Bronco Henry did, but what exactly did that entail? All is eventually answered, but nothing unfolds quite the way you think it will. Campion’s a brilliant director of actors, so it’s not surprising that all involved contribute some of their finest performances. While destined for Netflix, the film looked incredible on the big screen at TIFF, with gorgeous scope photography by Ari Wegner, while Radiohead’s Jonny Greenwood contributes one heck of a good score.

This is truly brilliant work from Campion, with it likely ranking with The Piano as the best thing she’s ever done. It’s an exceptional film by a fantastic director. While it’s maybe not an easy sell to all (it’s a western that has none of the usual hallmarks of the genre), those who have the patience for something a little different will find themselves richly rewarded. I’d also be surprised if anyone else gives a performance this year that quite matches what Cumberbatch does here. 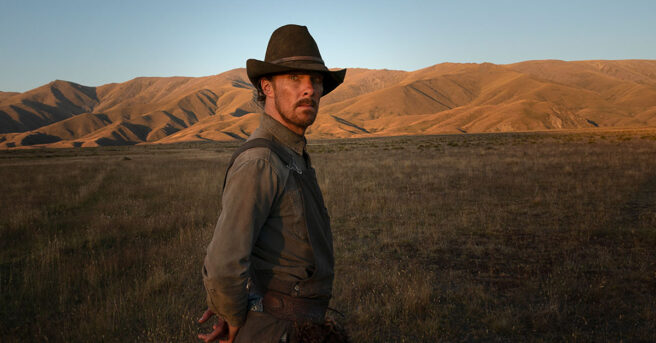 Jamie Skaar Lies To Michelle Young On ‘The Bachelorette’ – Hollywood...