Plot: During a tour stop in his hometown of Philadelphia, one of the world’s most famous comedians is forced to answer the question of how far he’ll go to protect what he has.

Review: Kevin Hart is an interesting performer. Like many comedians, he stretches himself outside of just doing broad comedy. From Fatherhood to last year’s action-oriented Die Hart, and 2017’s The Upside, Hart has played with his image as a performer as much as he has with different genres. His latest project, True Story, is nowhere near anything Hart has done before and thankfully proves that he is more than a funny guy. True Story is a dark and violent look at how being famous can turn everything around you into something very sinister. It also may be the best project of Hart’s career and a welcome showcase for Wesley Snipes who has not had a role this dramatic in a long time.

The trailers for True Story are somewhat misleading. Based on the previews, True Story looks like a fairly formulaic crime tale with the requisite gangsters, allegiances, and a psychological component that any number of similar thrillers have employed over the years. As I watched the first episode, I quickly told myself I knew where this story was headed and boy was I glad to be wrong. With each subsequent episode, this series evolves into something quite unique. Where last year’s Die Hart featured Kevin Hart playing a fictionalized version of himself, True Story takes that concept and twists it even further and darker. Here, Hart is playing Kid, a Philadelphia-born comedian who becomes a worldwide celebrity thanks to his stadium tours and blockbuster films. Enduring the paparazzi and a contentious divorce, The Kid shares many similarities with the real Hart. When his brother, Carlton (Wesley Snipes) reenters his life, an event triggers the siblings to become closer than ever before.

As the series moves along, the central relationship between Kid and Carlton serves as the lynchpin for everything that follows. Snipes does some truly excellent work as the ex-con older brother who has gotten bailed out time and again by his superstar sibling and he resents it. Hart meanwhile does whatever he can to protect the brand he has built around himself no matter what that may mean for those in his inner circle. As Kid gets deeper into the situation he finds himself in the first episode, everything around him begins to fracture. There are plenty of moments of levity that Hart sells here but this is through and through a dramatic performance. Hart is damn good as a character that becomes far more morally ambivalent than I ever thought I would see out the actor and manages to hold his own dramatically opposite Snipes.

This series benefits also from a solid supporting cast including Billy Zane as a fixer friend of Carlton’s who comes in to help Kid in a sticky situation. Kid’s inner circle also includes bodyguard Herschel (William Catlett), manager Todd (Paul Adelstein), and writer Billie (Tawny Newsome), all of whom play important roles in Kid’s day to day world and are threatened by Carlton’s presence. Theo Rossi is excellent as Gene, an off-kilter fan of Kid’s as well as Chris Diamantopoulos and John Ales as Greek gangsters with a connection to Carlton. Everyone here has experience in comedic roles but handles the dramatic tone of True Story so well.

I shouldn’t be surprised at the quality of True Story as it comes from Eric Newman. Newman has worked primarily as a producer on projects like Narcos, Bright, and Children of Men but brings his writing talents to this story that is as insightful to the world of celebrity as it is to the criminal element at play in the story. The direction on the seven-episode series is split between Stephen Williams and Hanelle Culpepper, two veteran TV directors who have experience helming genre offerings like Watchmen, Star Trek: Picard, Lost, Westworld, and more but highlight the performances here more than anything. True Story is not flashy filmmaking by any means but both directors have a keen eye on capturing performance while ratcheting up the tension along the way.

True Story is a very unexpected surprise. I was prepared for this to be an indie darling or a decent little crime story but it is better compared to shows like Breaking Bad and Ozark. Both of those series showcase actors associated with comedic roles who turned to the darker side of what they were capable of to deliver engrossing character pieces. True Story ultimately follows some familiar beats and ends up going in directions we have seen before, but it is a nice showcase for Kevin Hart as well as a welcome return for Wesley Snipes. I would love to see these two actors work together again and I hope fans invest in this series. It may not be a true story but it is a very entertaining one. 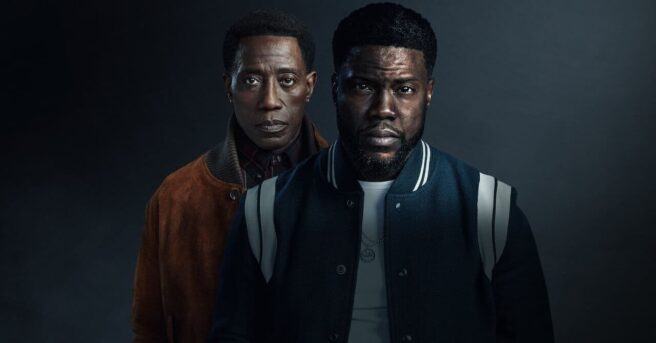 Adam McKay takes the blame for his split with Will Ferrell

Dolph Lundgren says sequel will be even better than the first